Tabitha and Tawny have returned from their holiday and high time too. They have such tales to tell though – I am definitely going next time! They said it was a long time in the trailer, but there was a halfway stop with apples. When they got there, they had a lovely breezy paddock with just enough grass to keep them happy (must’ve been lots to keep Tawny happy) and a field shelter. They weren’t sure what to do with the shelter, although Tabitha did say it would have been handy for scratching her back side of she hadn’t had her new fly rug.If you want to see where they stayed, have a look here: http://www.explorethenewforest.co.uk/carriage_house.htm. It’s all run by a lady called Margaret. There are friends there for company, Polo, Chance and Minstrel the horses, three dogs and some visiting ones, one hen, two ducks and a goose.

Tabi and Tawny had three adventures while they were there. The first one was pathfinding through Norleywood, to get their bearings.

They said it was lovely! There was only a bit of road and the cars all had courteous drivers, then there were tracks to do trot and canter and there were no hills to wear you out.

The next day, they were more adventurous and headed for the second bus stop on the East Boldre road. What with bus stops and silver birch trees moving around like in Harry Potter, they got thoroughly lost and then stuck in a very treacherous bog. Oddly enough, they didn’t take a photo of when Tawny got stuck up to her middle  – it was a real tricky moment, but Sarah rescued her and they took a more cautious route home. 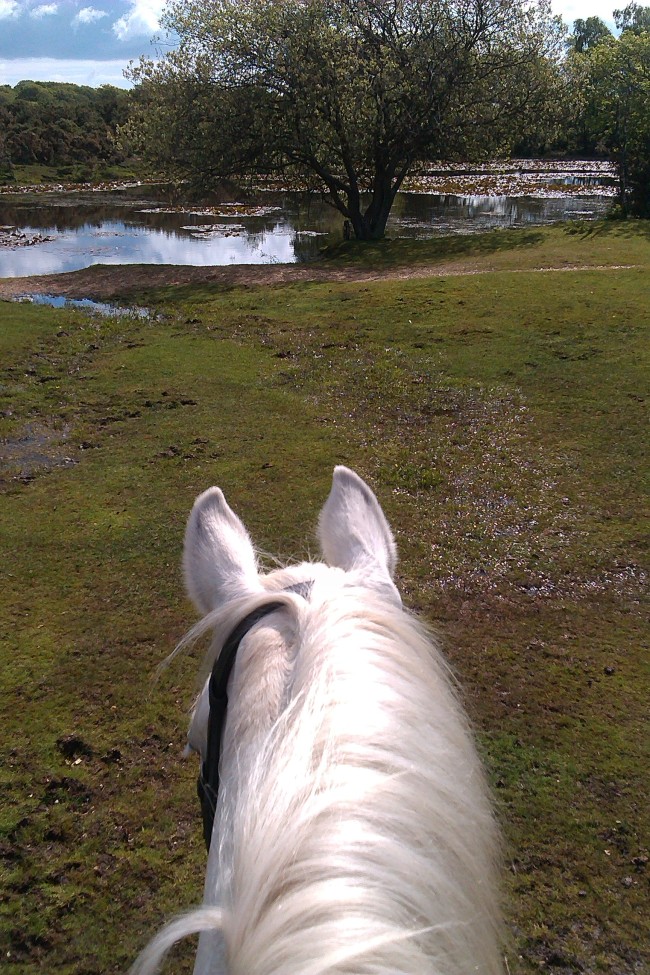 Day three was the best of all. They started out the way they knew, through Norleywood and across the main road. Then Sarah did some nifty map reading and they rode all the way through Crockford Bottom and past the disused airfield to Beulieu Common. 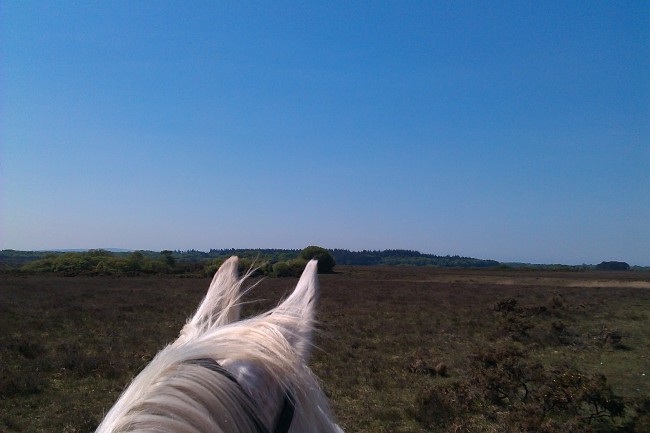 They had never seen such wide open spaces before! They have a good understanding, being sisters, and they take turns in going first. There were lots of trot and canter places across the common – not to mention ponies! Tawny was transfixed each time a new group appeared – is it a bird, is it a plane? No Tawny, it’s a New Forest pony, still in its winter feathers. 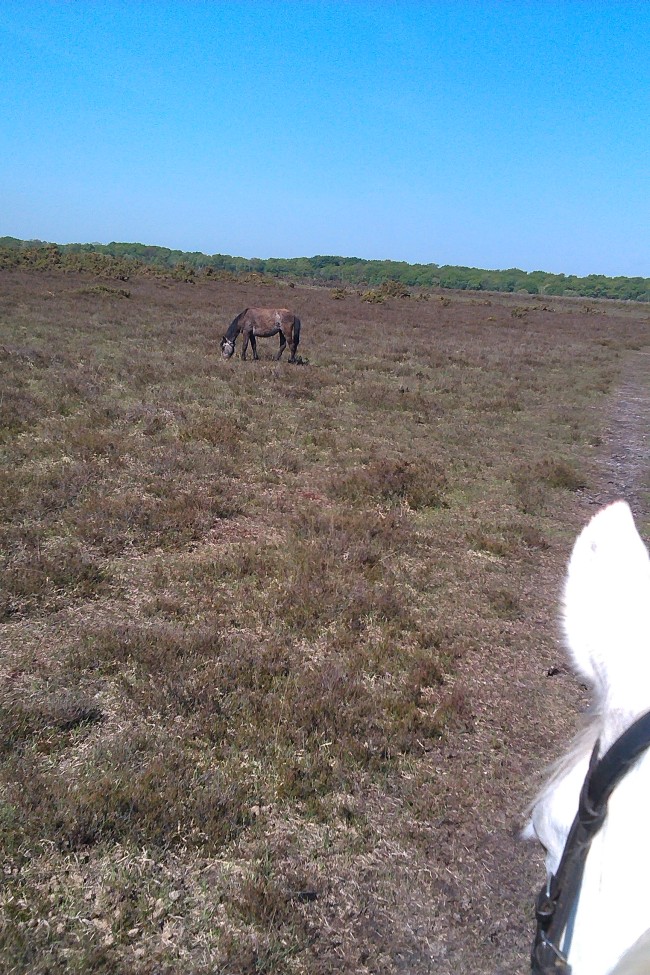 On their way back across the Vicarage Green patch, there was the largest group of ponies, enjoying the sunshine. They took little notice of four Welsh girls passing through, so easily do they co-exist with the other users of the Forest.

Now Tawny is famous for being sensible when all others lose their wits (see treacherous bog earlier). However, there are limits to her common sense. There was a dear little visitor to the gate of the cottage each morning: Tabi was happy to approach and say hello to this funny hairy person, but Tawny was convinced (she has asked me to emphasise this) that this creature was going to eat her alive. Guess this is what happens when you let girls go on holiday unsupervised!

Where will this little foal be?

I am only a day old.

She was born just yesterday, one of thousands of foals to be produced in the UK this year. The question is, what does the future hold for her?

There are a million reasons why people choose to breed from their mare. Some genuinely need a replacement horse for themselves and would like their tried and tested mare replicated as near as can be. Some are locked into a programme of breeding to manage the health of their hill or moorland ponies. Some want to breed the fastest racehorse known to man and others want to win, win and win. And then there are those who cover the mare because she is unsound, either in temperament, or soundness, or both – and they just don’t know what to do with her.

Add to that list a small number of unscrupulous dealers who have flooded the market with middle-sized, good tempered coloured vanners and there you have it – a surplus of thousands!

During the last few months, the horse charities have continued to wring their hands and fail to deal with the hundreds of starving horses which herald each Spring of the 21st century. It’s not their fault; they have done all they can, but it is not enough. Still horses are bred by the thousand, with no trade to support the level of production. There has been a high-profile suggestion of late that the UK should take to eating horse meat. Get real! If the British liked eating horse meat they’d be doing it already and if there were a viable export trade, they would be supplying it with chilled horse meat. Eating horses is simply not the answer.

The issue lies fairly and squarely at the door of the UK horse industry. It is time to face up to your responsibilities and stop adding to the surplus. How many times do we hear excuses about passing on older horses – you can’t afford the vet bills, you need a younger horse, he’s stopped winning. Did you consider his whole life when you covered that mare? Who is supposed to safeguard his future when you don’t want him any more?

In this week’s Horse and Hound, an article covered the breeding of a 1000 Guineas winner – and we are talking the best of the best here. A forebear ‘was exported to India’ – I wonder how her life ended, in a country whose welfare standards are pretty notional unless you are a cow.

This little foal may be your pride and joy today, but who knows where will she go during the course of her life?  Think twice before covering that mare and give me a follow this May if you feel as strongly as I do about this. You see, I was an unwanted foal and I went through a lot before I got lucky.

If you can’t feed it don’t breed it.